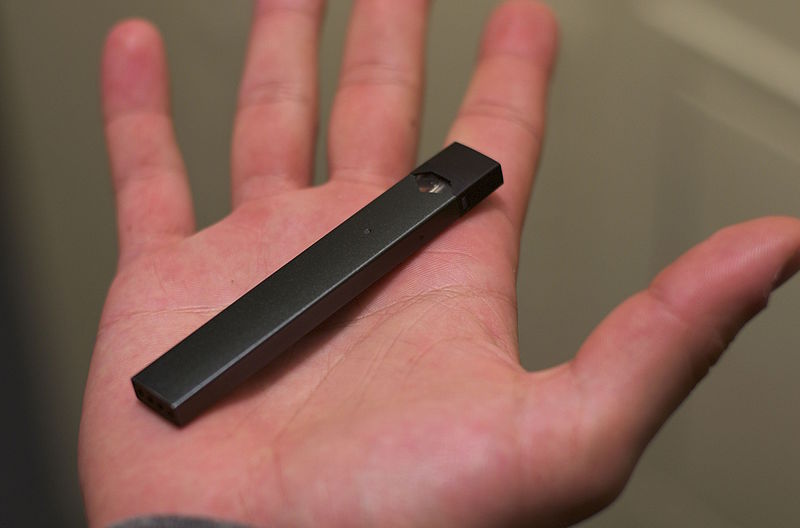 Juuling in School: What Should be the Rule?

On September 12, 2018, the Food and Drug Administration released a statement saying that teenage usage of electronic cigarettes has reached “an epidemic proportion,” according to the New York Times. The FDA gave a 60 day period to manufacturers to state proof of how they can keep away their products from minors who are becoming addicted to them.

This sparked an intriguing question on college and high school campuses; what should the verdict be on using e-cigarettes on campus? Students across the nation seem to be conflicted, with many arguing for the banning of these devices for the sake of others’ health, while others argue for their use on campus once all the health risks are made clear.

Statistics show that vaping is on the rise at many schools across the country, and high schools like Weddington are no exception. From 2011 to 2015, high schools across the US saw a 900% increase in students’ usage of electronic cigarettes and vapes. Trends like this are shown to be a result of e-cigarettes being marketed as “better” for one’s health than tobacco-filled cigarettes, as they do not contain the harmful plant; however, the addictive chemical nicotine is still prevalent and fuels student addiction.

At Weddington High, the usage of e-cigarettes on campus is strictly banned, and could result in suspension as well as federal charges for minors found using the devices on school grounds. Across the country, the main issue arises from students using e-cigarettes outside of the school building, but while still being on school grounds.

Recent surveys show how harmful vaping can be for minors and teens who use them. A study showed that heating the coils inside the electronic device may lead to more harmful chemicals being inhaled by the user than if a normal cigarette were to be smoked. Clearly, this harmful impact will be multiplied when given to the body of a still-developing youth.

Vape usage at school is an epidemic, to say the least. It seems that most students on the outside are apathetic towards the matter, and those that do participate disregard any cautionary advice they receive. As of now, it is clear that the current means of expressing how harmful these devices can be isn’t working. Another means needs to be found to show students just how harmful the chemicals can be for them.

At Weddington, the overwhelming culture of excellence in academics and athletics often outshines the issue of vaping done by students. However, it remains a problem to be solved, and can be solved by students and staff working together to truly impart how harmful vaping can be.