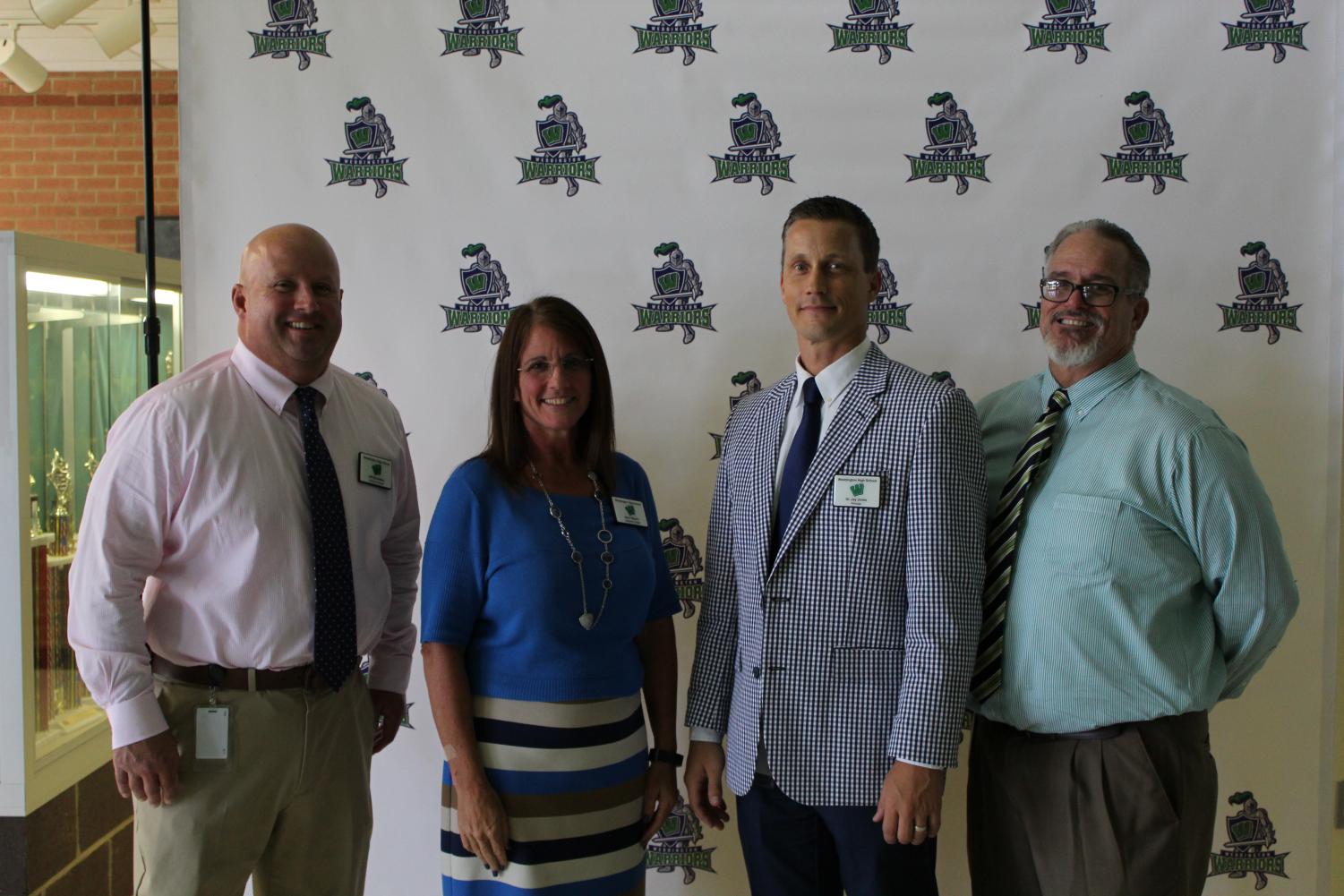 As Old Administration Exits and New Staff Take Their Place, a Turning Point

It is not the Weddington Witness’s intent to damage the reputation of Union County, and more specifically Weddington High School, by bringing events of recent years to light again. Instead, the Witness simply wishes to shed light on past events in order for students to gain a better understand of where Weddington is now.

Two years ago saw a milestone in Weddington’s history: a new principal. After serving as Weddington’s third principal for four years, Mr. Bowers announced his leave from the school. Although it was a sad moment for many, the school had already endured two transfers of office in its past and this time was no different. Life at Weddington would go on.

Principal isn’t the only position that has shifted from two years ago; all three assistant principals have left and been replaced since the fall of 2016.

Mr. Nicholas Paquette was the first to leave, after being moved to Monroe High School as an assistant principal at the end of the 2016 – 2017 school year. Mr. Paquette has since moved one county over, currently serving as principal for Nations Ford Elementary.

Dr. Elenia Daniels, who took over for Mr. Paquette at the beginning of the 2017 – 2018 school year, left soon after she arrived, taking a principal position at Walter Bickett Elementary School.

Mr. Marshall Gore left in the fall of 2017 after being reassigned to Sun Valley Middle School as the eighth grade assistant principal.

Dr. Joyce Dunlap had the most recent departure, retiring last June after many years with the school.

Mr. Bowers replacement Dr. Kimberly Andrews’ leave was far less emotional than these past members of administration, and far more problematic. After serving in the capacity of principal for six months of the 2016 – 2017 school year, Dr. Andrews was arrested for filing fraudulent mileage reimbursement forms, charges which were later dropped entirely. Still, the arrest caused the school’s name to spread quickly amongst news outlets. The story was quickly taken up by several of the area’s biggest press organizations, including The Charlotte Observer.

Mr. Bill Breckenridge acted as interim principal for the remainder of the school year, taking a more hands-off approach as the community came to terms with what they had experienced.

It’s again important to emphasize the fact that Dr. Andrews charges were eventually dropped, being found that the false mileage forms were simply a mistake or miscalculation. She did repay the $162.00 to the Union County school system for restitution under court order, and no longer works within the school system.

Due to these events a near brand new administrative staff will take the helm this fall to start the 2018-2019 school year, Jay Jones leading as principal for his second year after being assigned to the school in the fall of 2017.

The student and staff reception of Dr. Jones has been largely positive: “When I was Student Body President, working with Dr. Jay Jones was an absolute blessing,” comments former Student Body President Luke Habegger. “Although he was brand new to Weddington High School, Dr. Jones approached his position of authority with such an enthusiastic, energetic, and charismatic approach that he became a prominent member of the Warrior Family.”

The school has seen many new initiatives since the arrival of Dr. Jones, including Project Alive, to raise awareness for Hunter’s Syndrome, and the Rachel’s Kindness Matters Movement, which began in the aftermath of the passing of beloved student Rachel Lucenius and supports kindness above all else. He has also helped lead the discussion against student use of drugs and alcohol by inviting speaker Chris Herren last spring, who discussed with students his own experience with substance abuse.

Habegger continued, “In regards to priorities, Dr. Jones places his student above all else in his job. In regards to any decision, Dr. Jones always considers the lives of students before anything else, and prioritizes our well being. There was not a single day in my entire year of working with him that I did not see Dr. Jones greeting and reaching out to as many student as he could.”

Additionally, this will be Mr. Grexa’s, Mr. Brookshire’s, as well as Mrs. Marni Menkin’s first full year on the administrative staff at Weddington. Mrs. Menkin is the most recent addition, after having come on staff at the end of the 2017 – 2018 school year to replace Dr. Dunlap. About her addition to the staff, Dr. Menkin commented “I am really excited to be joining this amazing school. It has a history and reputation of high standards [and I am] honored to have the privilege to be a part of the continued excellence.”

Administration will have significantly more to handle this year than last, with enrollment being one-hundred in surplus to last year. Additionally, twenty new teachers will need to learn their way around Weddingtons student culture and organisation.

“To have a first time look at students and staff collaborating and connecting the learning process is simply amazing.” Mrs. Menkin concluded.

Administration seems confident in the coming year. As exemplified by Mrs. Menkin’s comments regarding excellence, the school’s reputation precedes itself, making it a viable place for any teacher or student wishing to set their roots. Whether this year will indeed end in success is still undetermined, but the administration undoubtedly believes it will. Weddington has had more successes in its time than its had fumbles, and has endured much change in its now nineteen years. Its history of graduation rates in the top tier of schools in our state, its title as an honors school of excellence, and (according to several national news organizations) its ranking among the nation’s top schools outweigh any difficulties the school may have experienced over the past few years.